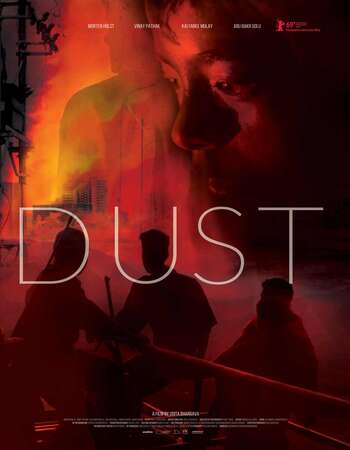 Plot: A man retraces the footsteps of his lost love. David embarks on a journey to the troubled heart of India, where his girlfriend Mumtaz was last seen. Her death has hit him hard. Mumtaz was a photographer. David’s only remaining clue as to how she spent her final days is one of her photos which depicts a small boy. In search of the boy, he meets the ageing, cynical Dr Sharda whom he asks for help. But before long David finds himself confronted with Sharda’s dark past – a past that Mumtaz documented in her photographs. It transpires that Sharda is the commander of a camp where boys are trained to fight the exploitative state. When one of the boys deserts, the collective anger of the group turns against the boy’s brother, Krishna. At the same time, Radha, a young girl fleeing violent attacks on her village, reaches the nearest town. Set against the backdrop of a left-wing uprising, Dust walks the line between the world of memory and the brief sparks of a possible future and creates a …